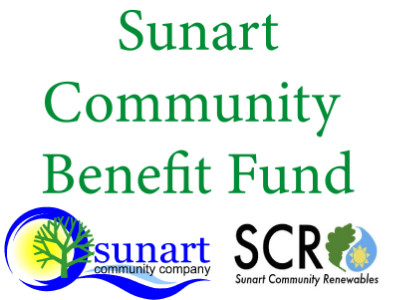 The Sunart Community Benefit Fund has been created using the annual profits from the community hydro scheme run by Sunart Community Renewables (SCR). The amount to distribute will therefore vary depending on rainfall!

From time to time the fund may also receive donations from other organisations or donors, referred to hereafter as “Third Party Funds”.

The Fund is administered by a registered charity, Sunart Community Company (hereafter SCC), who must report to the Scottish Charity Regulator (OSCR) on the use of all of its funds, and who will produce authorised annual accounts. SCC has entered into a Memorandum of Agreement with Sunart Community Renewables for the distribution of funds.

The purpose of the Panel is to:

The Sunart Community Benefit Fund has supported many different projects in the two years it has been running. A total of £87,324.00 has been awarded and the total project costs the fund has helped happen comes to a whopping £1,121,269.00!

Documents for the benefit fund can be found here